Once upon a time there was a boy called Jack. One day Jack’s father gives him a cat, but when Jack tries to play with it all the cat wants to do is stretch and sleep. Feeling very bored, Jack thinks the cat is the worst present ever, but as he starts to walk away the cat follows him.

At the village market, Jack and his cat are greeted by all the market sellers. Together, they make an outfit for the cat, giving him a hat, belt and a pair of leather boots. Jack thinks his cat looks very charming as the ‘Puss in Boots’ and might be quite fun after all!

As they leave the village the local cats come out to play. Puss stays to show off his new clothes, but the cats laugh and make fun of him. Puss pays no attention, and soon the cats start to play music. In no time at all the cats are dancing the night away together.

Jack returns to the village looking for Puss but is frightened by the shadows. In the darkness he trips and falls into a bin! Rubbish goes everywhere! Covered in the mess he continues his search, upset that Puss did not come home with him in the first place.

In the morning, Puss meets a rabbit and a bird in the palace gardens. They have fun chasing around the lawn but are spotted by a palace guard. Puss distracts the guard by running into the palace whilst the rabbit and bird escape. Jack, still looking for Puss, bumps into the rabbit who tells him where Puss is. Shocked, Jack can’t help but think how much bad luck Puss has brought him.

King Kasper, Princess Marguerite and her white cat Penelope Purr are in the palace as Puss runs in. Puss bows and dances for them, and they are so impressed that they join in. Princess Marguerite presents Puss with a new cape as a gift. He proudly accepts, before saying goodbye and leaving to find Jack.

Jack is tired and dirty when Puss finds him. Puss takes his ruined clothes away and asks the King for some special new clothes instead. They soon return with Jack dressed as a Royal Knight. Jack invites Princess Marguerite to dance and Puss dances with Penelope. The King is overjoyed to see everyone so happy. Jack asks the Princess to marry him and she says yes!

Jack is truly grateful to Puss for bringing him such good fortune. In the end, Puss in Boots turned out to be a very lucky cat indeed! 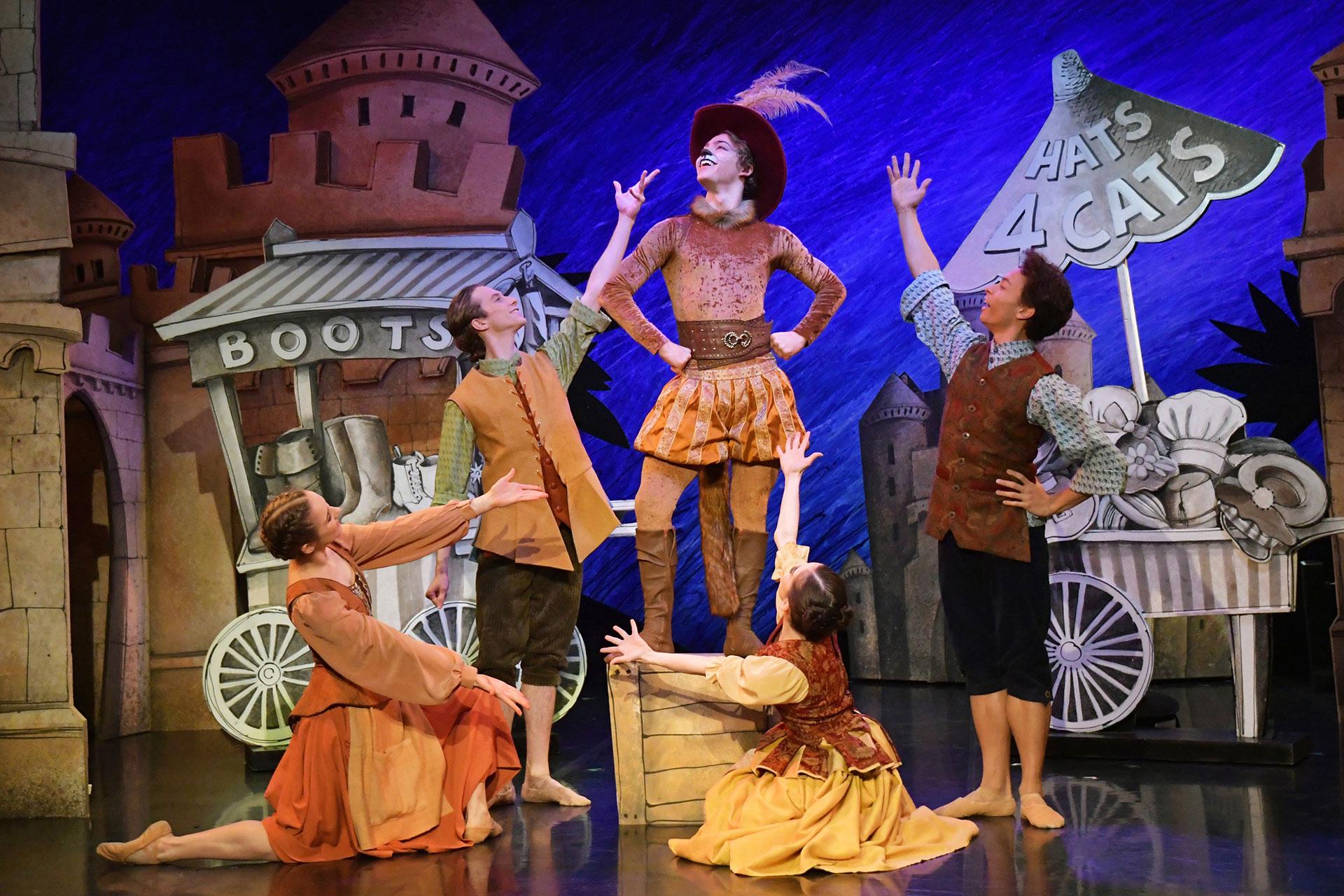