The lakeside of Anthony’s family estate in New England

In the middle of the night young Anthony and his brother Steven have stolen from their beds determined to swim in the lake. Steven thinking better of the night swim tries to stop Anthony but ends up watching him disappear into the black pool. Mistaking the quiet for a problem, Steven follows his brother. Anthony climbs out to discover Steven gone and starts calling his name.

The household, awakened by the boy’s cries, come running to the lake. A search ensues but Steven is lost. In the midst of her grief, Anthony’s mother accuses her son, realising her folly too late. The loss of his brother and the guilt now imprinted upon him for ever Anthony flees the scene.

A grown-up Anthony gazes out into the lake. He has not been in the lake since that night but remains obsessed with its lure. His college friends, including his best friend Simon, who has in some ways replaced his much loved brother, arrive to spend the afternoon with him.

Anthony’s mother and father, with several young ladies, join the picnic by the water. With them is Odilia, a close friend of both Anthony and Simon. The pleasant moment is broken as Anthony observes his mother’s tears recalling that dreaded night at the lake and an exchanged glance reminds both of the tension that has never disappeared. Unable to let go of his guilt he withdraws into himself.

The young people enjoy the afternoon and leave for home, except for Odilia, Simon and Anthony. Simon returns to the jetty leaving Anthony alone with Odilia. The uncomplicated ease of their relationship is broken as Odilia reveals her feelings for Anthony. Anthony’s reaction embarrasses her and she runs from the lake. The revelations of the afternoon are not over as Simon and Anthony discover a new side to their relationship. Anthony is frightened and confused by the discovery. Simon leaves Anthony alone by the lake. 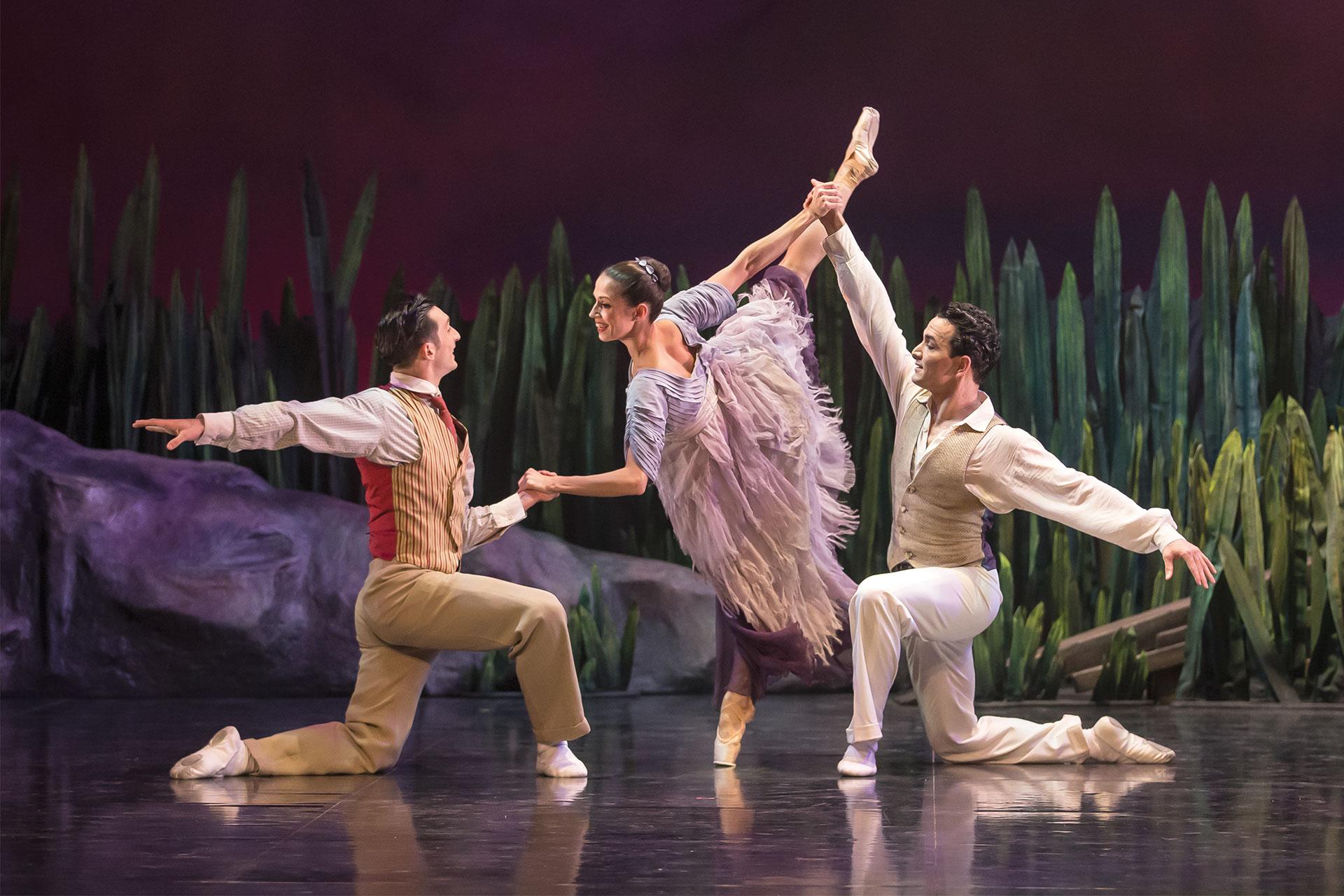 Determined to face the fear and attraction of the lake Anthony returns to the jetty’s edge. As he gazes into the watery mirror a creature rises up into his arms.

The creature, Odette, emerges from the reeds and Anthony is drawn irrevocably to her. Holding her in his arms he feels an unknown joy and freedom. Odette slips from his grasp and is replaced by many more of the swan like creatures. Patiently he awaits her return and is soon rewarded with her once again sliding into his arms but as dawn draws near the women melt into the mist and Anthony is gone.

Simon returns to the lake looking for Anthony and is surprised to see him climbing from the lake. Simon is shocked at the transformation in his friend and Anthony is lost to understand his return to reality.

Anthony is alone in his bedroom. His mother enters with a birthday present for her melancholy son. Simon’s arrival interrupts them and Anthony’s mother leaves the friends alone.

Anthony greets his guests, whose society he has hidden from these past months. The evening transforms with the arrival of Odilia back from her travels abroad. Her confident entrance and radiant beauty catch everyone’s attention. Anthony gazes as if for the first time upon Odilia who, in her glittering white gown, conjures up the image of his swan. The rest of the world stops as Anthony, Simon and Odilia become involved in a dance. The fiery display coming to an end allows the rest of the party to join in. Simon, to his surprise, advances upon Anthony under the horrified gaze of Anthony’s mother. Responding wildly, Anthony pushes Simon away and, not willing to yet again face his mother’s disappointment, publicly declares his love for Odilia. 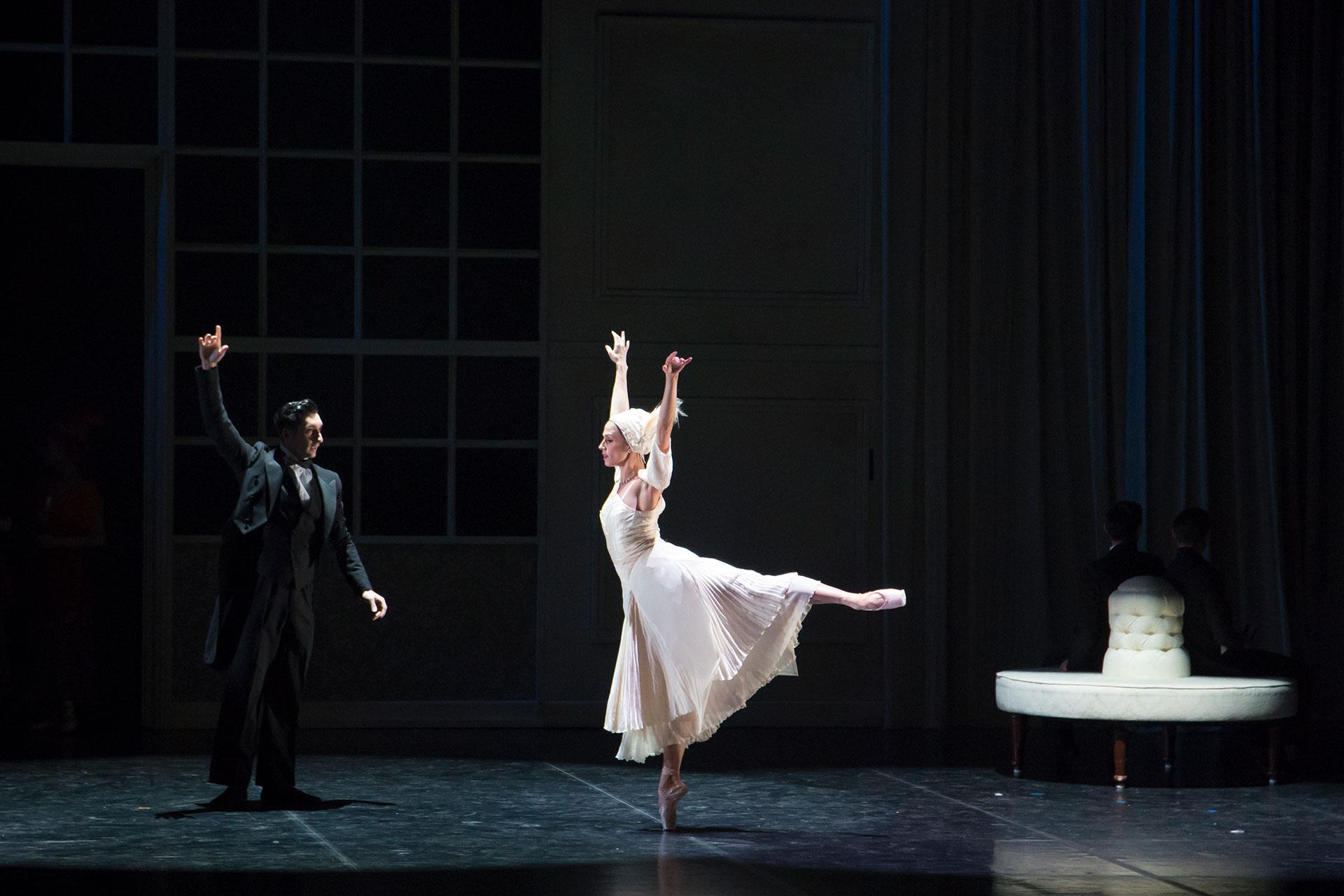 Spring of no hope

In Anthony’s bedroom a desolate Odilia watches as Anthony gazes madly upon the lake and paints wild images. She pleads with him to be her husband and to love her and though he makes a futile attempt he finds it impossible and returns to his painting. Simon arrives in the room to witness the true state of his friends’ marriage. He tries to comfort Odilia who runs from the room. Alone with Anthony he forces him to face reality and put an end to these strange thoughts. Once again in a heightened state of emotions Anthony and Simon are drawn to each other. On returning to the room Odilia discovers the intimacy of her husband and best friend. All is now lost and Anthony leaves his desolate friends in search of Odette.

Anthony returns to the moonlit lake the night animating the water in a vision reflecting his grief at lost friends lost love. Odette appears as if once more drawn to his emotional state this time calling him into the water. Losing himself in her arms he struggles between returning to life or surrendering to his wild nature. Finally he becomes the bird, free to plunge the depths of the water and find resolution.