In a mirrored room of a castle, Prince Orian surveys his image with delight. So pleased is he with what he sees, he barely notices the arrival of his manservant. Irritated by the interruption he begrudgingly follows him to the dining room where the Prince’s friends await him.

The group of young people amuse Orian, only because they adore him and flatter his appearance, feeding his massive ego. So involved in his self-gratifying indulgence is he, the Prince does not notice the huddled figure that has entered the room.

Angered by such an outrageous intrusion, he refuses the woman’s request of food and mocks her appearance. In the midst of the laughter she discards her cloak to reveal she is an exotically beautiful woman – none other than La Fée Magnifique. Stunned, the onlookers become wary and start to distance themselves, all except Orian who realises fear for the first time. The enraged fairy tells the Prince that his bad manners do not match his beautiful appearance so to teach him a lesson she casts a spell upon him, transforming him into a wild beast.

A second fairy enters the melee – she is La Fée Luminaire, sister to La Fée Magnifique. She approaches the Beast and drops a rose in front of him. She lifts his face to hers and places her hand upon his heart – a gesture of love. She tells the Beast that her sister’s spell can be broken if he can learn to love and be loved in return. The fairies depart, leaving the Beast alone with his manservant, wailing at his reflection.

Elsewhere in the Kingdom lives a wealthy man and his three daughters, Isabelle, Chantelle and the youngest – his favourite – Beauty. Beauty has a gentle spirit. Every day she picks roses from her garden and serves her father breakfast.

Isabelle and Chantelle, on the other hand, are socialites. They spend their father’s money as quickly as it is earned. Unlike Beauty, they wear outrageous fashions and their
appetites for new clothes are never satisfied.

One day they arrive home from shopping and prepare for their friends to arrive. The guests are the normal crowd of trendsetters. The men are always most interested in Beauty even though she discourages their attentions. The party is interrupted by several men in black who confront Beauty’s father with an enormous bill to pay and an official paper notifying him that he no longer has any money and all the possessions and the house must be surrendered.

The men begin to load up all the family’s belongings into a removal truck, before taking down the very walls of the house. The party guests offer no help to the family, departing quickly. The sisters’ tantrums, as they are stripped of their beautiful clothes, can be heard for miles. Beauty tries to comfort her family as they stand alone with the trees around them.

The family wanders through the forest, desperate until the discovery of suitcases filled with useable clothing and a broken down tour bus. Beauty and her father gratefully accept this stroke of good fortune and Beauty starts to make a home. Her sisters offer little help – they cannot bear to work and miss their beautiful possessions.

Their father leaves the girls and ventures into the forest to seek food. Soon he becomes lost. Despairing at his lack of skills he wanders farther into the woods. He suddenly finds himself in an enchanted garden in which he sees the most beautiful rose. Unable to resist, he plucks it as a gift for Beauty.

Immediately he is set upon by a hideous creature. Certain that he will die, his thoughts turn to his daughters. His vision stops the Beast who offers to spare the man his life if one of the girls comes to live with him. In weakness and fear the father agrees and the Beast gives him a key that will guide him back to the Beast’s castle.

Beauty continues to make the best of the new home and tries to help her sisters. She sits down from her work and while day dreaming falls asleep. La Fée Luminaire sends a vision of the Prince to Beauty’s dreams. Beauty is awoken by the reappearance of her father. He shares his sad tale with the girls. Isabelle and Chantelle blame Beauty saying that had their father had not picked the rose for her all would be well. Their father quiets them and says he will return himself but he just wanted to say goodbye. Beauty encourages him to rest and while he sleeps she takes the key and the rose and runs into the night.

Beauty arrives at the castle and her new life begins. Her first encounters with the Beast are frightening but she soon learns that he will not harm her. The Beast tries to behave like a human but cannot help frightening and repulsing the young woman. He becomes despondent. Beauty witnesses this sad moment and understands that she needs to help him. Although the Beast offers her freedom she chooses to remain with the creature and care for him. As the day draws to an end Beauty prepares to sleep and uses the key to unlock the massive door, shaped like a broken heart. 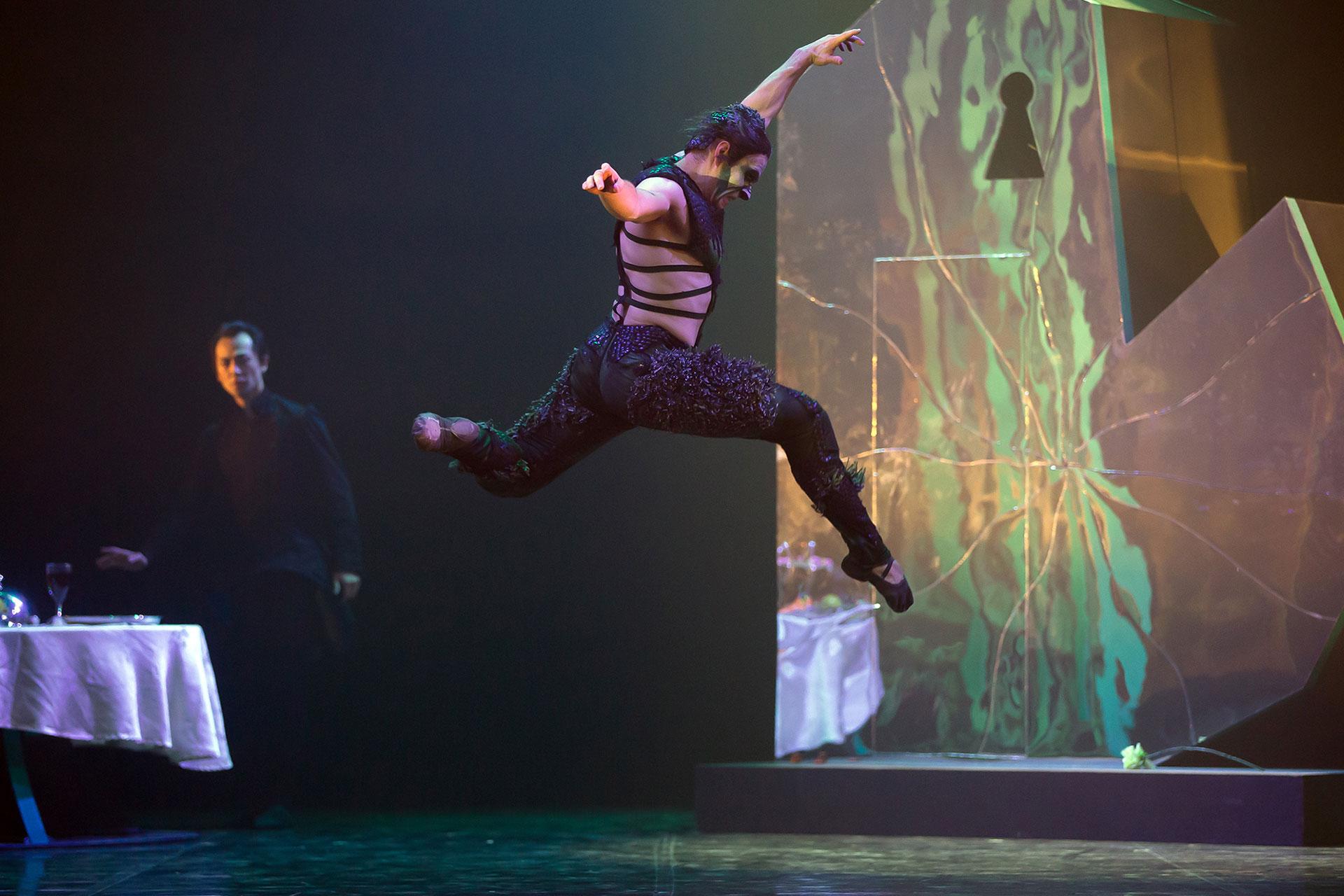 The Beast remembers his face as the Prince. If only he looked like that now he thinks he would have a chance at winning Beauty’s love. He gazes upon the sleeping woman and dreams of what life could be like.

Calling up his own image he soon sees his old arrogance. He wants to change, to lose his conceit and listen to his heart. He imagines life and love with Beauty but he finally despairs, thinking it will never be, and watches his dream fade.

The castle transforms into a place of joy and magic – the atmosphere changing to reflect the new feelings of the Beast. Beauty finds herself oddly attracted to this strange character that treats her with kindness and generosity and is even playful with her. She begins to understand that it is the heart that calls forth love and that the outward appearance is not necessarily reflective of the person within.

The Beast is content to just be with his Beauty but she becomes distracted with an image of her father unwell. She tells the Beast that she must go to see him but will return. The Beast sadly agrees but as soon as she leaves he despairs of her return, and becomes desperate.

Suddenly Beauty comes running back – having realised she wants to tell the Beast she loves him. In the instant she speaks the words, the spell is broken and the Beast transforms back into the Prince, a new man. Surprised, Beauty now understands that this is her Beast and embraces him.

They celebrate their marriage and live happily ever after – as people do, in fairytales worth telling! 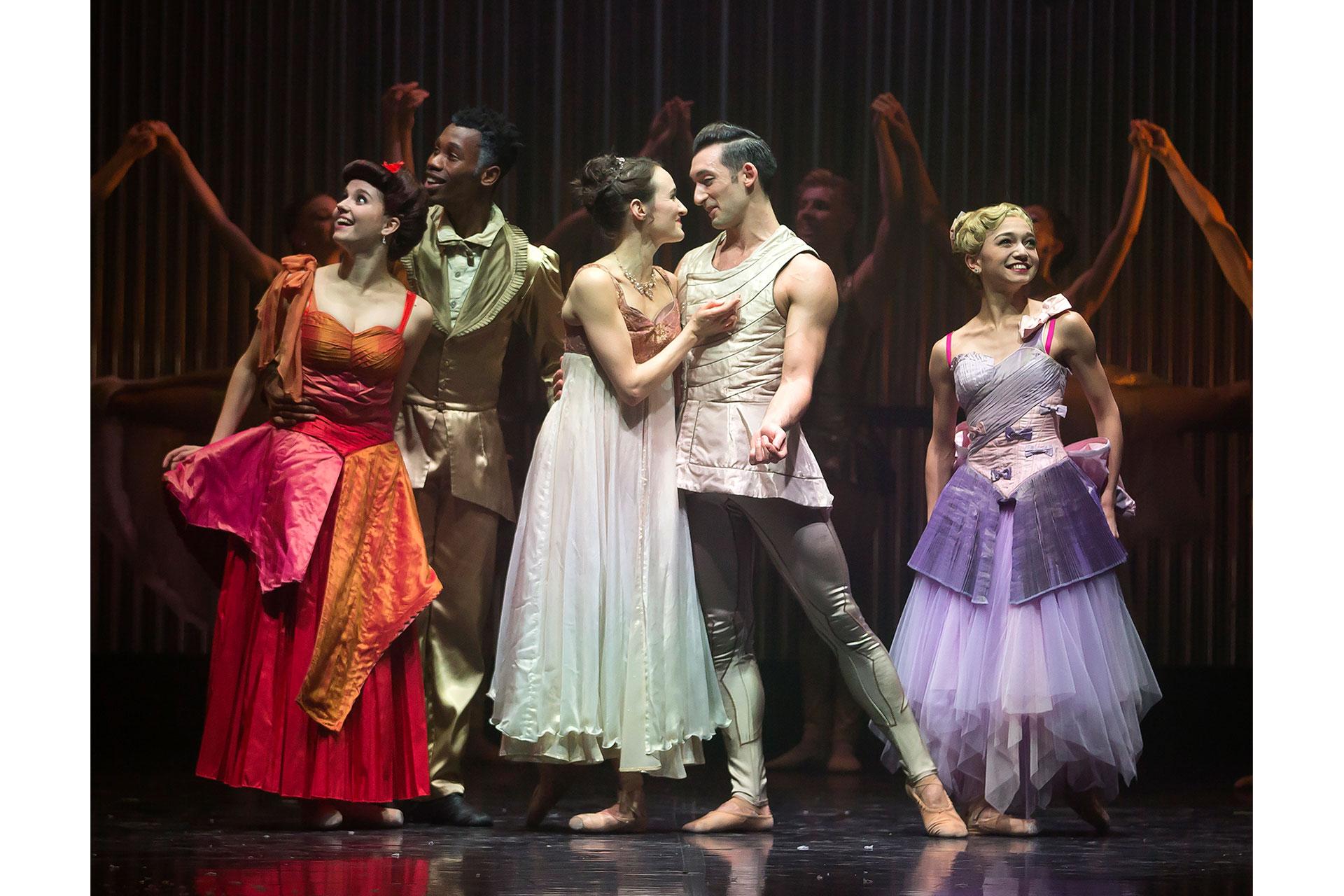