Merlin Story - at a glance

An otherworldly ritual brings with it two mighty Gods. Their union creates an orb that falls to earth and reveals a baby within - Merlin.

A young Blacksmith finds this helpless child, taking him in as her own. 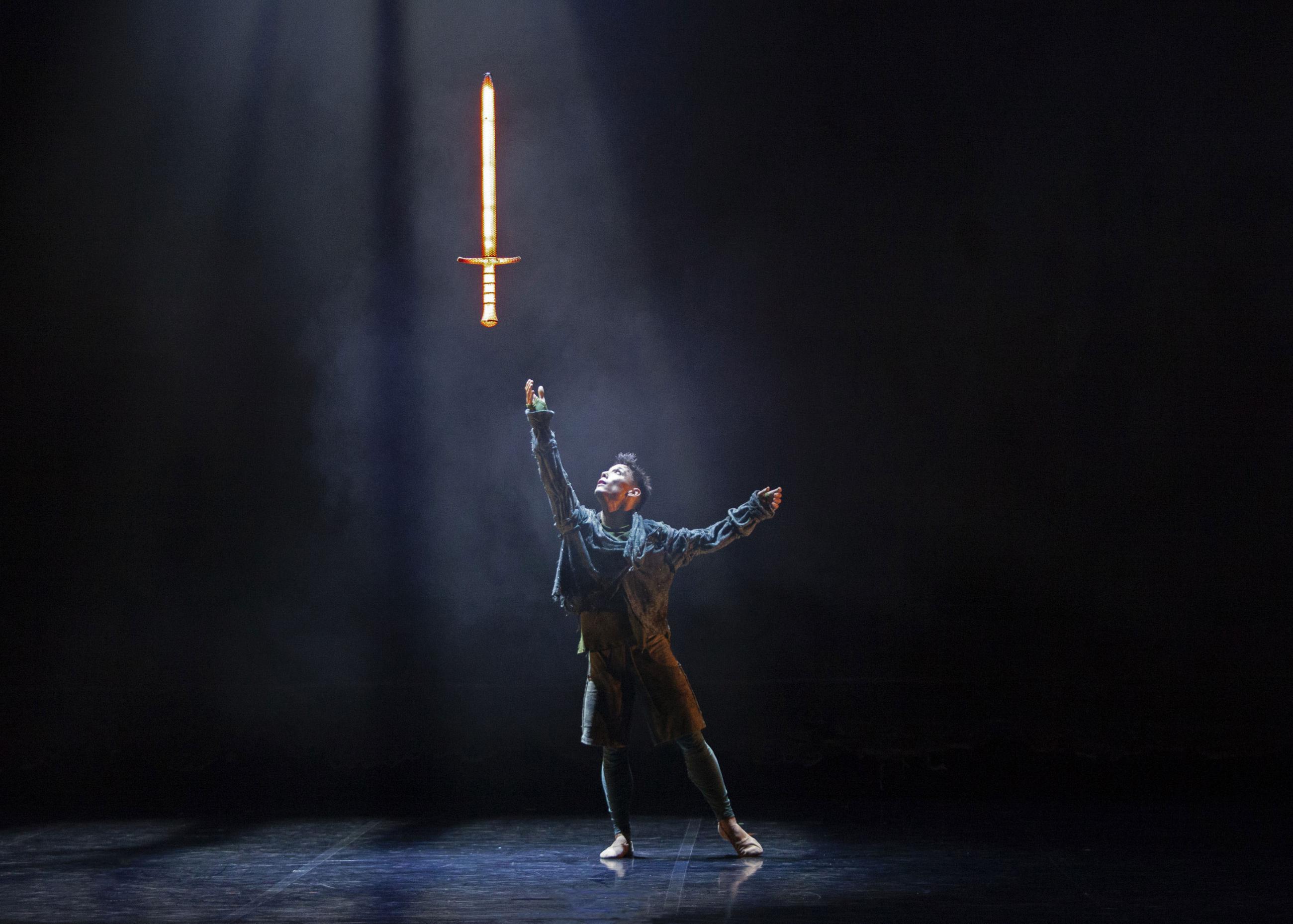 On the eve of Merlin’s 18th birthday the Blacksmith, fearing that Merlin’s powers will cause him trouble, pleads with him to hide his difference.

Morgan arrives, a Senior General in the Solar Kingdom’s Army who Merlin has feelings for. The Kingdom is at war and Merlin will be drafted into the Army. Bullied by passing Solar warriors and humiliated by the Blacksmith’s attempts to protect him, Merlin finds comfort in imagining his birth parents and their acceptance of him.

The Blacksmith presents Merlin with a magnificent sword - Excalibur. Struggling to hide his disappointment, Merlin and the Blacksmith part at odds.

During his military training in Camelot, Merlin struggles to fit in. He is desperate to impress Morgan, but she only has eyes for Uther, the son of the Kingdom’s oppressive leader, Vortigern.

After a surprise victory in the Tournament of Champions, Morgan leads the army into a brutal battle against the Kingdom of Tides. Merlin’s life flashes before his eyes; he sees himself being ripped from his birth mother’s arms. Anger rises within him and bursts through Excalibur, killing everyone around him. Morgan witnesses Merlin’s power.

Merlin flees to the Caledonian Forest. He meets the Lady of the Lake who conjures a vision of two soldiers from opposing Kingdoms coming together, and Helios who shows him how to map out the stars. Following shooting stars through the forest, Merlin encounters a fiercely tempered Dragon. 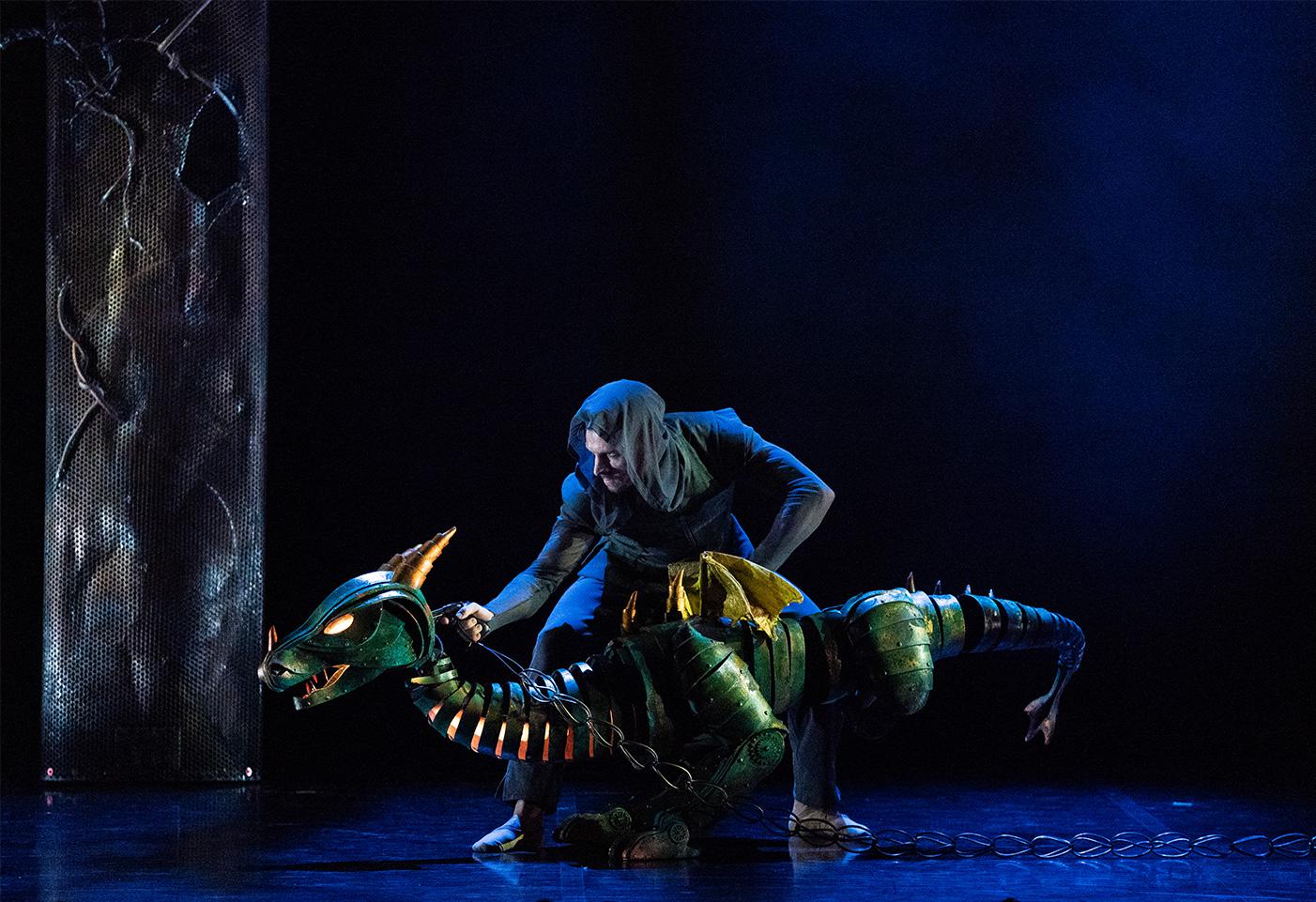 Back in Camelot, a great celebration is underway. Morgan, who has been attributed with the Kingdom’s recent victory, is presented to Uther as a potential bride.

Uther slips away and runs to meet Ygraine, the princess of the Kingdom of Tides. The forbidden lovers dive into each other’s arms. Witnessing this, Merlin suddenly understands the Lady of the Lake’s vision and what must be done.

Morgan, who has followed Uther, discovers them. Scorned, she summons the Solar warriors. Merlin leaps into action and just as they think the game is up, the Dragon arrives. Merlin flees with Ygraine back to the Forge where he begs the Blacksmith to help her hide.

Merlin returns to the forest to find the Dragon, but warriors emerge from the darkness. He is surrounded.

Back inside the Forge, the Blacksmith and Ygraine form an unlikely bond before Ygraine travels home and the Blacksmith sets out on an adventure of her own.

Vortigern gathers the Knights of the Round Table to plot the Solar Kingdom’s next move. Uther, who has been badly beaten, watches as Merlin is once again humiliated.

Failing to reconcile her relationship with Uther, Morgan takes advantage of Merlin’s feelings for her. She entices him to dance and as Merlin grows weaker, Morgan grows stronger. His powers transfer to her until she is transformed into Morgan La Fae. 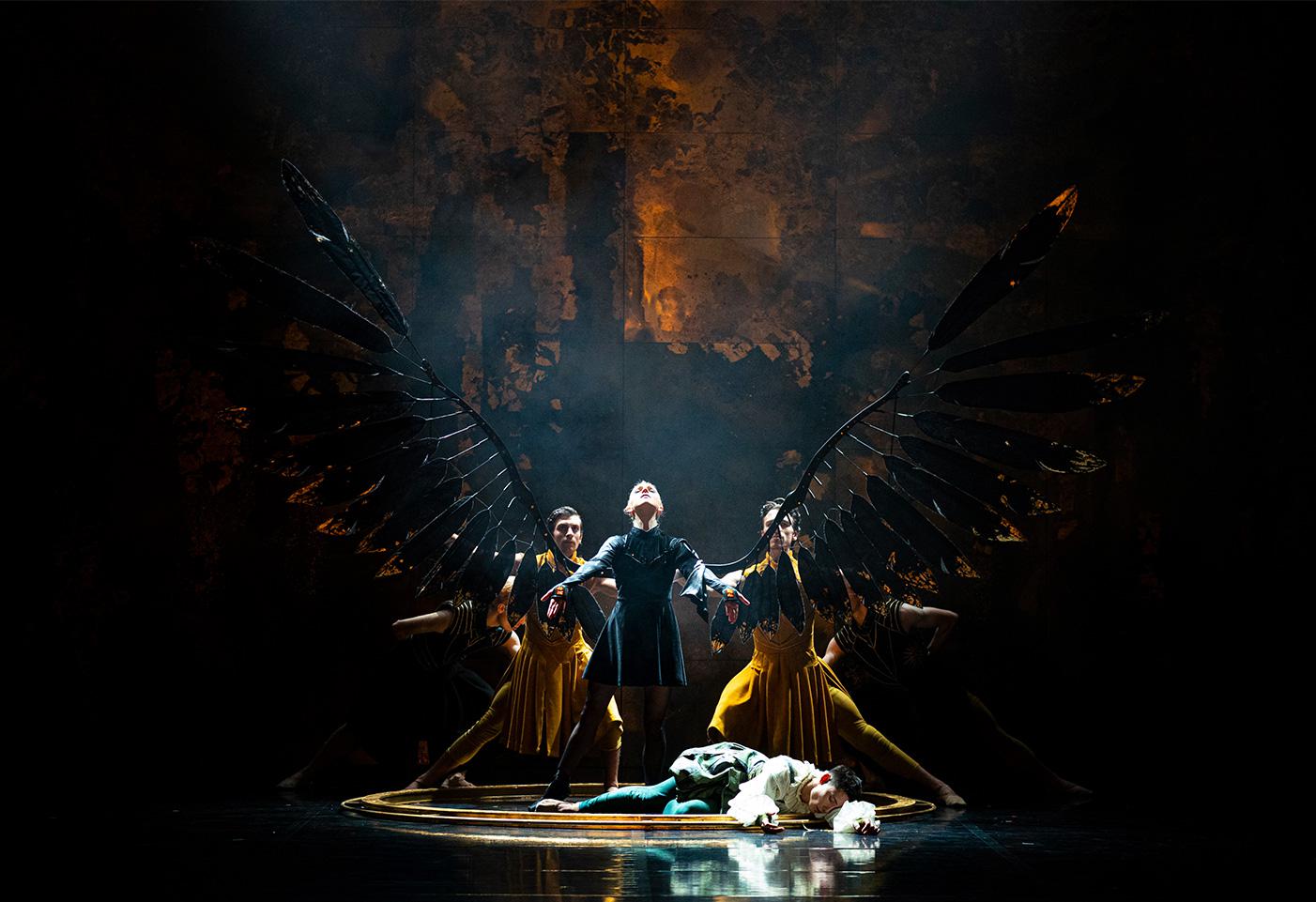 Back home in the Kingdom of Tides, Ygraine thinks she may be pregnant.

In Camelot the imprisoned Merlin realises he has lost his powers. The time has come for Uther to choose a bride and Morgan uses her new dark magic to manipulate him into proposing. The news reaches Ygraine who, feeling betrayed, declares war on the Solar Kingdom.

Disguised as a Solar warrior, the Blacksmith successfully sneaks into Merlin’s prison cell, helping her son to escape. She apologises to Merlin for telling him to hide what is special about himself. Merlin realises that his unique history is what makes him powerful and his magic returns. He storms the battlefield with Excaliber in hand.

Returning to the Caledonian Forest, Merlin drives Excalibur into the ground, where another unlikely lad might need it one day. He sees the two Gods dancing through the trees, now realising they are his birth parents. They beckon for Merlin to join them. As they do, the Blacksmith arrives.

He has a choice to make. 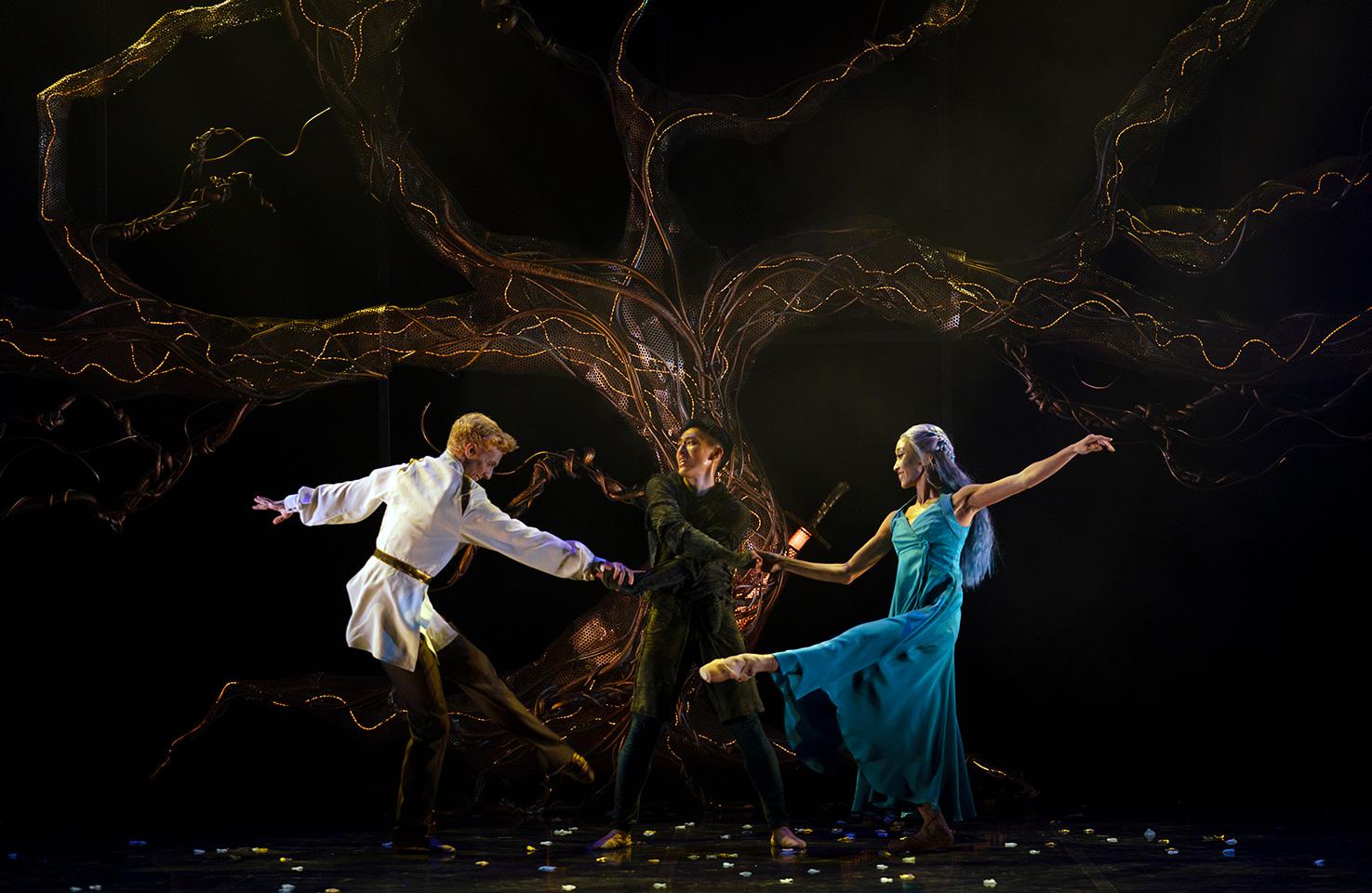 Read more about the characters in Merlin.
Read more

Discover how the world’s most famous sorcerer mastered his magic to unite a warring kingdom.
Read more

Photos from rehearsals and publicity for Merlin.
Read more